we are fascinated by technology 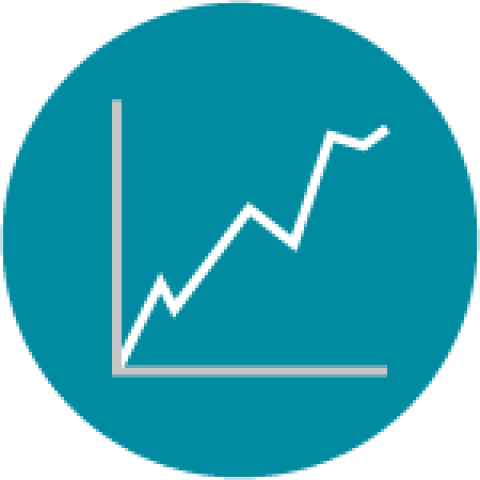 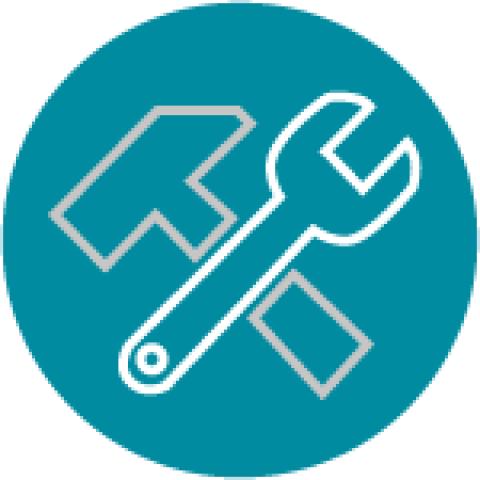 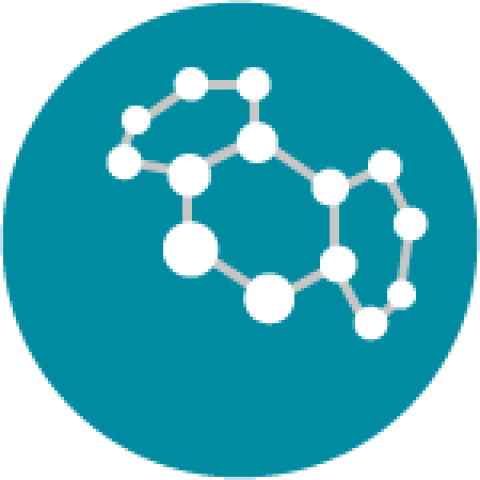 over 20 patents on shaft seals

The operating principle of this springless VR radial shaft seal is due to the fact that rubber-elastic diaphragm bodies with a precisely tuned pretension are applied by means of supporting elements made of steel or other metals. The oblique sealing lip, which adjoins the diaphragm body, is set outwards or inwards depending on the assembly situation and pressure direction of the medium to be sealed.

Extensive comparative measurements have shown that the VR Lip Seal requires only 1/3 to 1/4 of the radial force with the same sealing performance compared to the normal spring-supported sealing element, thus positively influencing the energy efficient requirements for modern products.

Thus, it becomes possible to allow this type of seal to run on unhardened and stainless steel shafts without destroying scoring or grooves. Even after more than a thousand running hours, only a polishing track produced by the sealing lip is visible on the shaft. 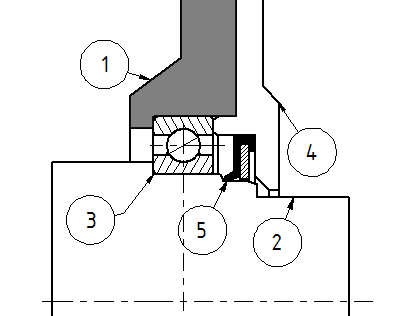 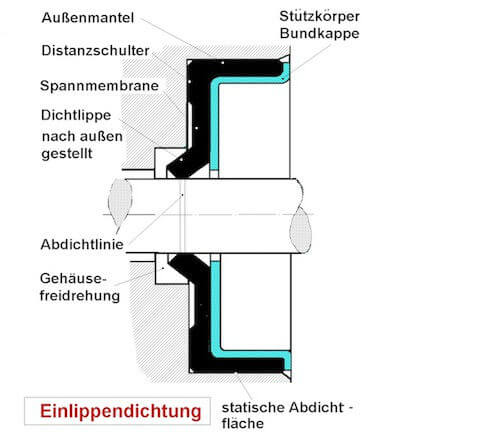 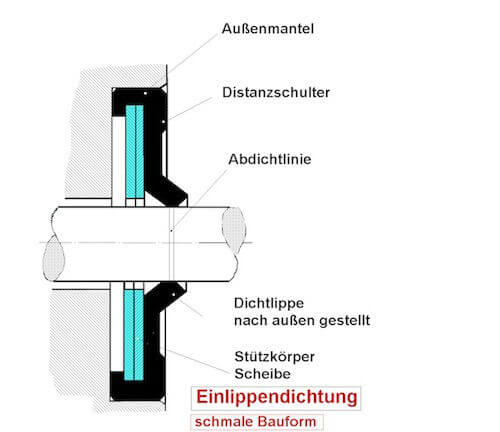 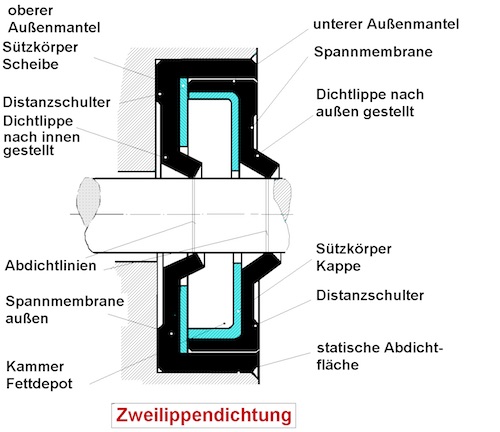